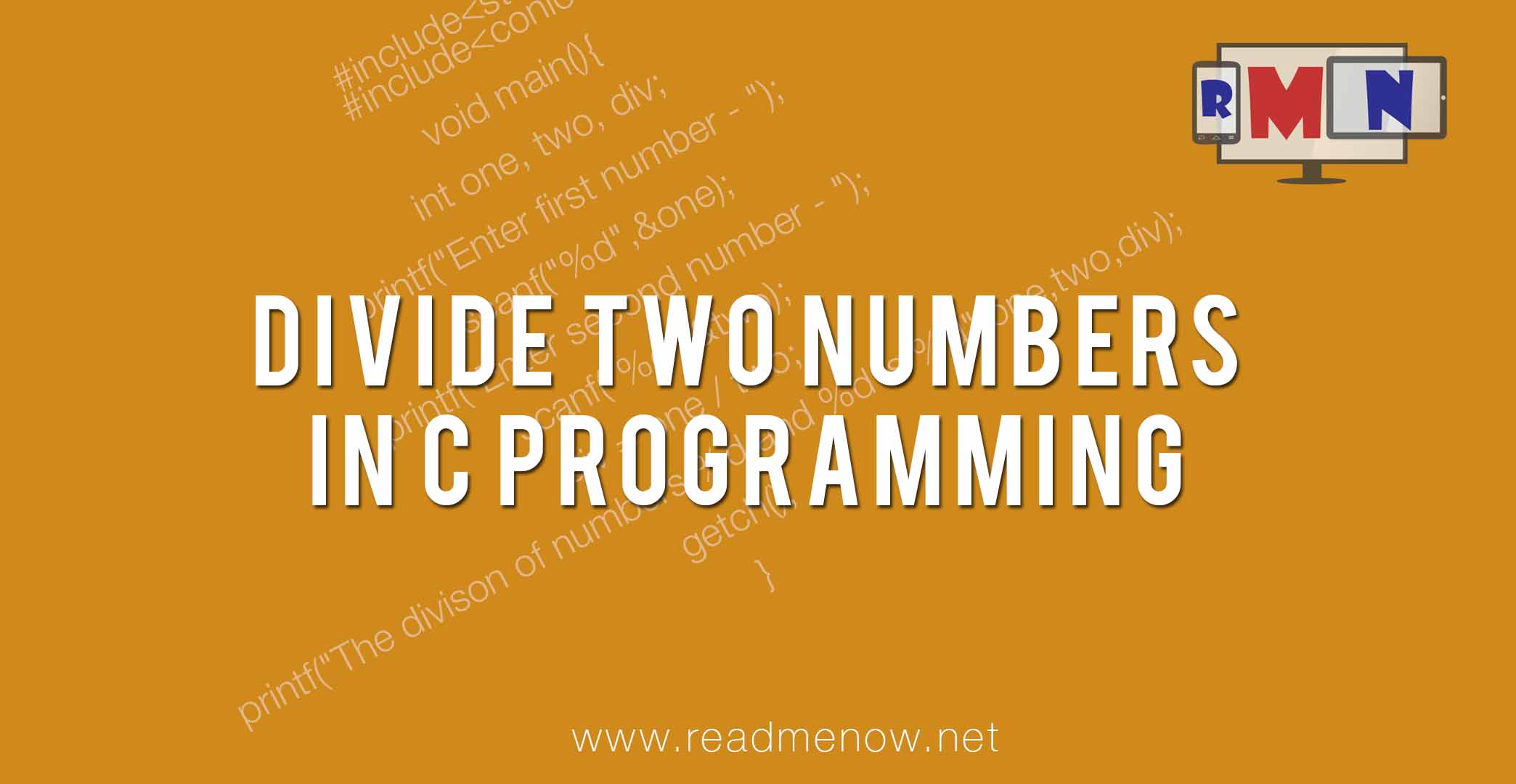 4) Divide both the numbers

So this was, the program to add two numbers in C.