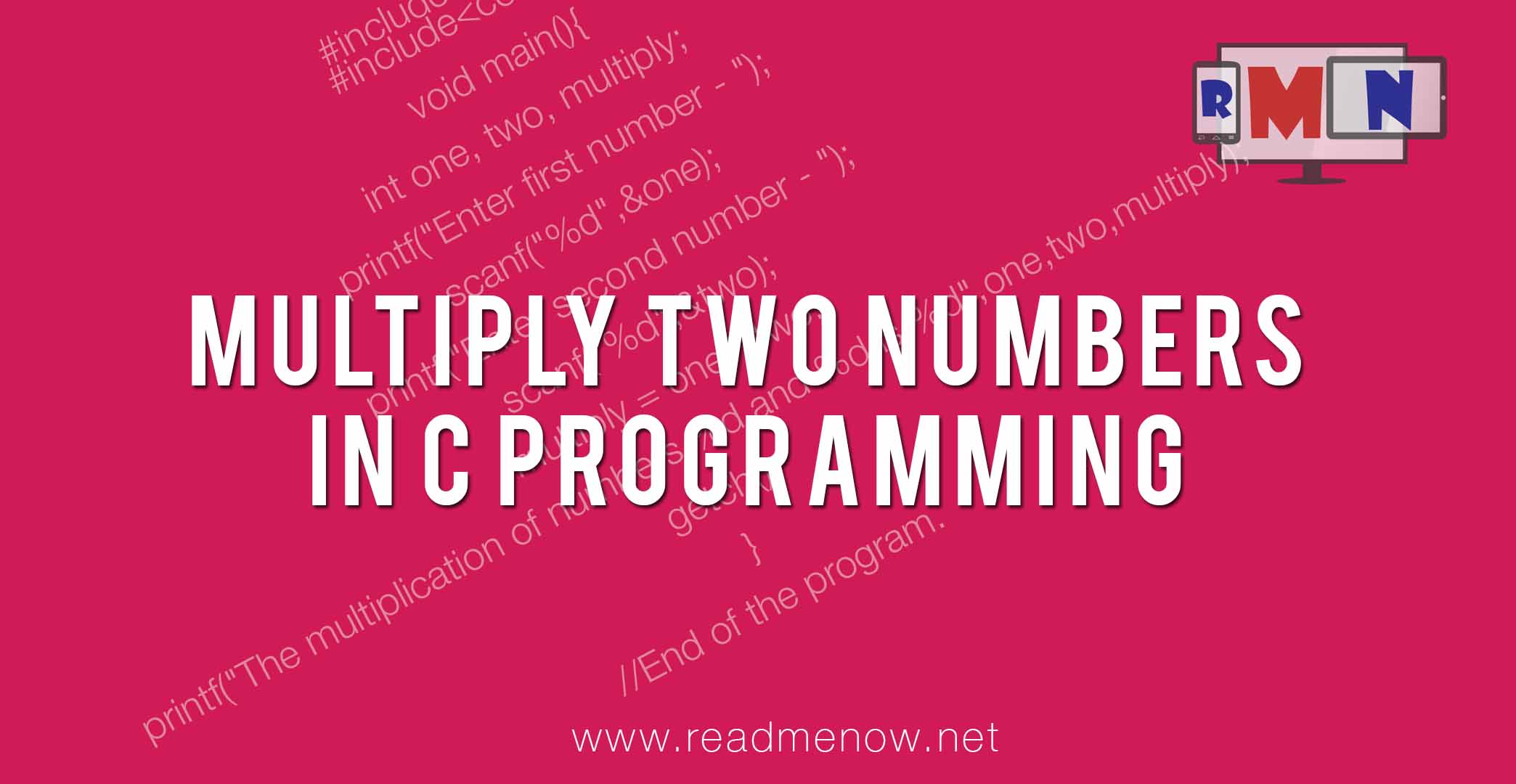 4) Multiply both the numbers

The multiplication of numbers 20 and 4 is 80

So this was, the program to multiply two numbers in C.