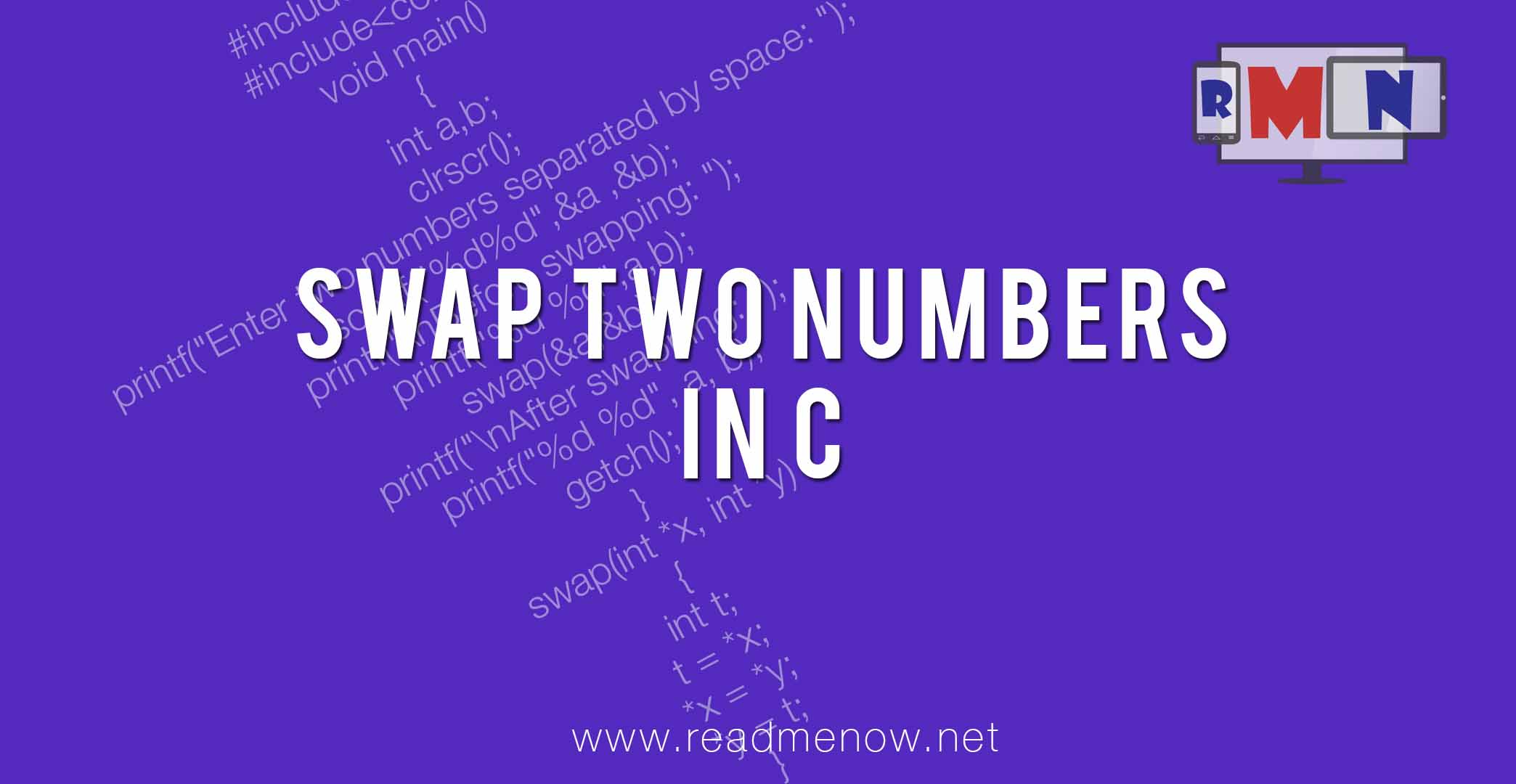 Hi folks, what’s happening? My last tutorial was about Calculate circumference, area and perimeter in C. Let’s look at how to swap two numbers in C Programming Language.This is the sixth program of [I] section of Chapter 1:Getting Started of the book, “Let us C” by “Yashwant Kanetkar”.Do let us know if you have any doubts or suggestions in the comments section below.

Two numbers are input through the keyboard in two locations C and D. Write a C program to interchange the contents of C and D.

We accept two numbers from the user. We write a function swap with two parameters to allocate the memory locations. We then use a temporary location to store a number and then swap the numbers. We then, display the swapped numbers in the console. This program also displays the use of pointers.