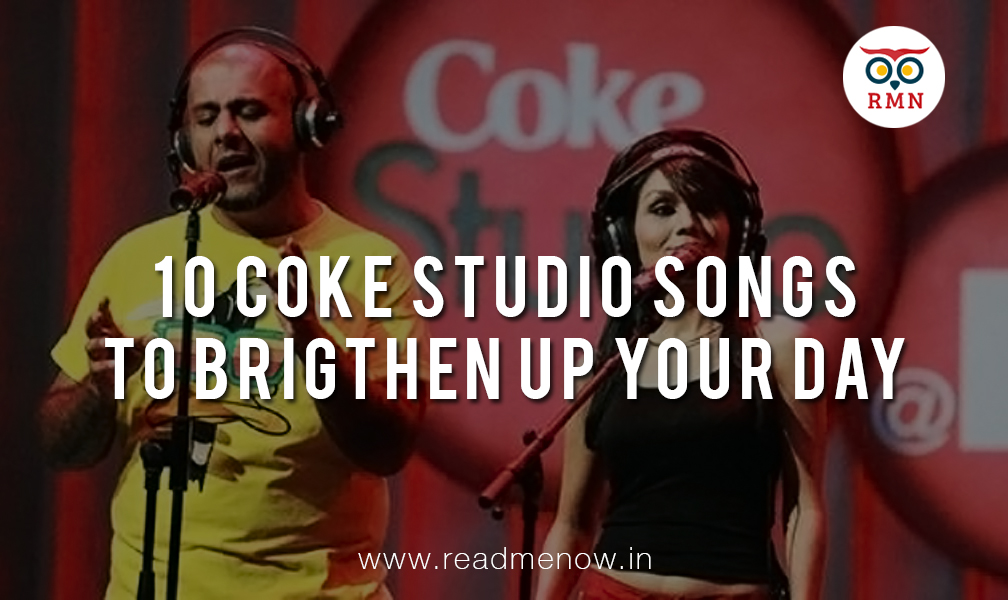 10 Coke Studio India Songs to Brighten Up Your Day

Having a bad day? Love Music? Have you had enough of that electronic music buzzing in your ears for so long? It’s time for the classics. The best part about Coke Studio is that it is a perfect mixture of all kinds of regional music. The artists strive to keep up the name by bringing something fresh and melodious. Coke Studio songs are more than music, each song here tells a different story. We have compiled a list of 10 best Coke Studio India songs to improve your day.

Zariya is a multicultural masterpiece of our beloved musical maestro AR Rahman. Zariya is a perfect blend of hymns, instruments, and chorus. The Buddhist hymns with the Jordanian lyrics makes it so serene and pleasing to the ears.

Baisara Beera by Papon and Kalpana Patowary is a great mix of Rajasthani and Assamese Music. Baisara Beera is about a wife complaining her husband about the issues she faces in the house. The obedient husband comes up with all the solutions for her problems but all goes in vain. The rustic music, quirky lyrics and the banter between the artists make up the complete song.

How can we miss Amit Trivedi’s Chaudhary in the list of our Top 10 Coke Studio India songs?  Sung by Mame Khan and arranged by Amit Trivedi himself, this Rajasthani folk song is a story in itself. Chaudhary is about two lovers and their feelings.

Ghar by Piyush Mishra is simple yet deep. Ghar simply justifies the title by describing all the elements required to make a house worth living. The couple in the song describe everything from the walls of the house, the chirping birds, and the moon.

Madari needs no introduction. One of the most popular songs of the Coke Studio India series, Madari doesn’t fail to impress. Sung by Vishal Dadlani and Neha Kakkar, Madari is about a man’s destiny that takes a suprising turn all thanks to the Madari’s damroo. Music Video

If you love Sufi music then you definitely can’t miss the Wadali Brothers. It talks about the sincerity of a poet who believes that loving someone is as sacred as worshipping the God.

Jhumoor is a beautiful Assamese folk song that is originally being sung by the tea collectors working in the tea gardens of Assam. Dulal Manki’s traditional folk voice and Simantha Shekhar’s modern voice make this an amazing blend of Traditional and Modern Music.

The diversity of the Coke Studio music can be seen in this Sufi masterpiece sung by Kailash Kher and Munawar Masoom. The song is about the greatness of Allah and the good things that happen in his name.

Pinjra is a love ballad composed by Clinton Cerejo. This song is special because it gave bollywood two fresh voices, Jonita and Sanam.

I know! I know! This list doesn’t do justice to the other Coke Studio songs and I confess that there a lot more songs which deserve to be in here. To tackle this, we would like you readers to mention your favorite Coke Studio India songs in the comments section below. For more such listicles, please subscribe to ReadMeNow or go follow us on Social Media.

This website uses cookies to improve your experience while you navigate through the website. Out of these, the cookies that are categorized as necessary are stored on your browser as they are essential for the working of basic functionalities of the website. We also use third-party cookies that help us analyze and understand how you use this website. These cookies will be stored in your browser only with your consent. You also have the option to opt-out of these cookies. But opting out of some of these cookies may affect your browsing experience.
Necessary Always Enabled

Any cookies that may not be particularly necessary for the website to function and is used specifically to collect user personal data via analytics, ads, other embedded contents are termed as non-necessary cookies. It is mandatory to procure user consent prior to running these cookies on your website.