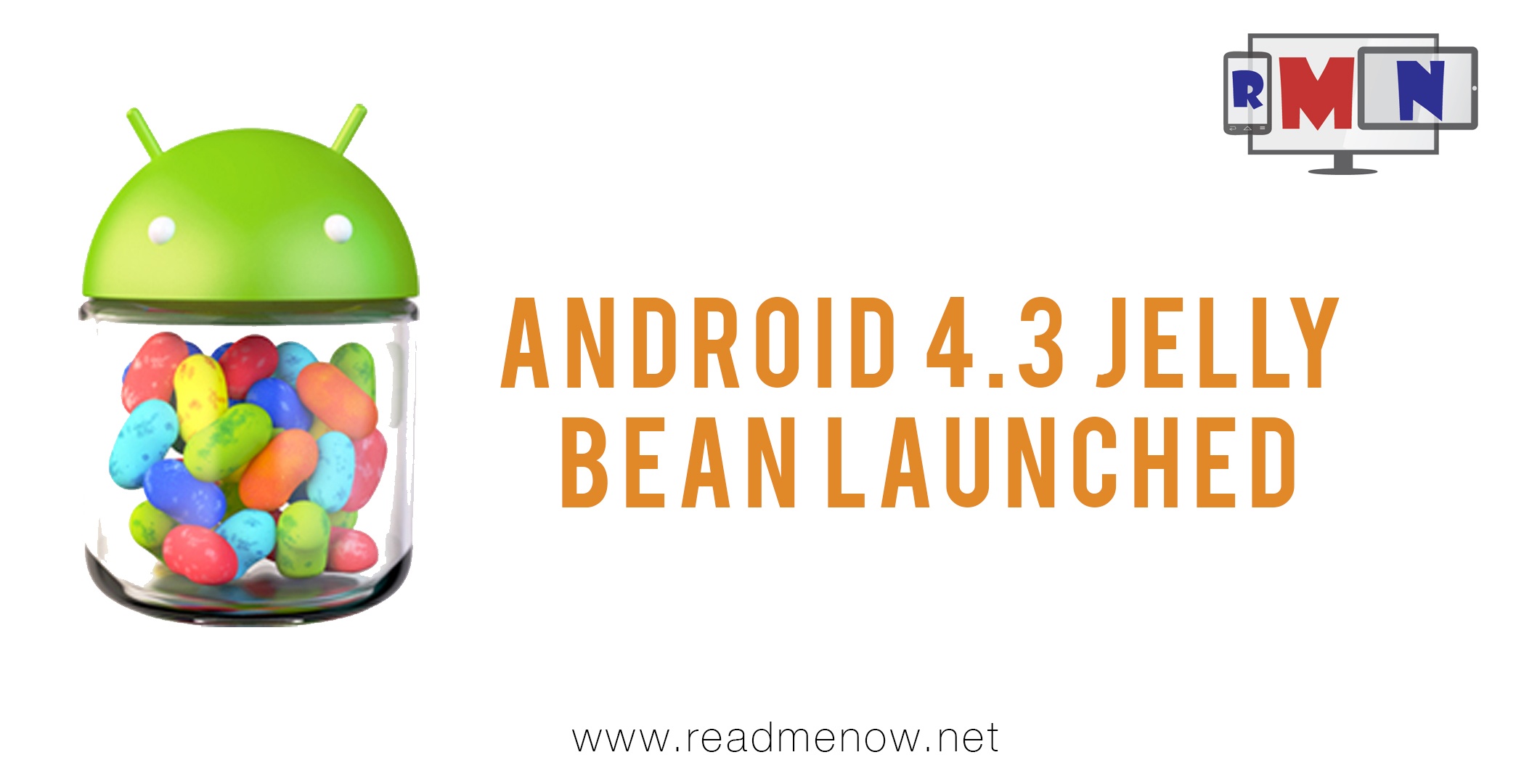 Android 4.3 Jelly Bean was announced by Google yesterday at the San Francisco event along with the launch of the New Nexus 7 tablet. The OTA update of Android 4.3 is coming for Nexus 4, Nexus 7, Nexus 10 starting July 24 and it will soon also be out for Samsung Galaxy S4 Google Play Edition and HTC One Google Play Edition. The name of the new version still remains Jelly Bean.

Multi User was already in tablets running Jelly Bean 4.2. In Android 4.3, ‘Restricted Profiles’ have been added, which enable a sort of parental control on what a specific user can access (Apps, in-app purchases, settings, etc) on the same tablet. Thus, one account can be used to manage the access rights of another account. Like in a family of four, the parents can decide to not display mature content or allow purchases or access to certain apps to their kids’ profile.

Android finally gets Bluetooth Smart support (aka Bluetooth Low Energy). This allows Android devices to connect to almost all other devices, both old and new. Sensors like heartbeat sensor, and such other wearable ones can now send information to the Android device directly and these are also helpful in saving battery because they use less power. Runtastic and many other developers are making Android apps compatible with these sensors. Also, Bluetooth AVRCP 1.3 support is added which can display song names on a car stereo.

The stock Android dialer now becomes smarter by adapting auto complete. Just type in parts of a person’s number or name and Android will show you suggestions matching your input. You can directly click on the suggestion that appears to call that contact. To turn on this feature, open your phone app settings and enable “Dial pad autocomplete.”

Android is the first mobile platform to adopt OpenGL ES 3.0 with Android 4.3 Jelly Bean. The New Nexus 7 has support for this. It renders even better quality of graphics in 3D with shadow effects, reflections, sparks, etc. “Devices like the new Nexus 7 support OpenGL ES 3.0, the latest industry standard for accelerated 3D graphics. This brings photorealism to a whole new level in the games you’re playing: blades of grass on the soccer field come alive, asphalt on the street looks real as you screech by, stubble on a villains’ face almost pokes out of the screen. And with sophisticated effects like self-shadows, that villain looks even more menacing, casting a shadow on himself.”

Android 4.3 has UI improvements to display RTL languages like Hebrew and Arabic even better. Also support for Hindi, Afrikaans, Amharic, Swahili, and Zulu has been improved. The UI for RTL languages is changed as well on the lockscreen, dialer, home, settings etc.

Checkout the Official Android Blog and the Androd Site for complete change-log.

learn more about: The New Nexus 7

Shalbum: Sharing Your Images Got Easier