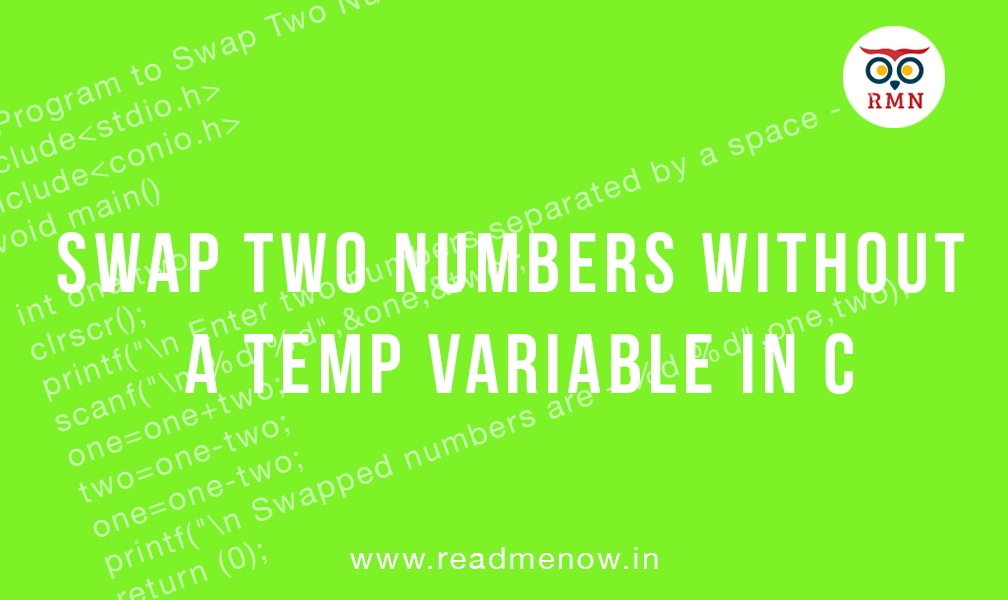 Swap Two Numbers Without a Temp variable in C

We had previously seen a C Program on How to Swap Two Numbers. In that program, we used a temporary variable. Now, let’s take a look at how to swap two numbers without a temp variable in C. I am referring to an awesome book called “Let us C” by “Yashwant Kanetkar” and I will post solutions to the questions asked in exercises.This is the sixth program of [I] section of Chapter 1: Getting Started of the book. If you are unsure about any part and more information, put it down in the comments section below or look it up on Google if you want a quick response. We try to answer all the queries as soon as possible.

Two numbers are input through the keyboard in two locations C and D. Write a C program to swap the contents of C and D without using a temp variable.

Solution to Swap Two Numbers Without a Temp variable in C:

Program to Swap Two Numbers Without a Temp variable in C:

How to Calculate Simple Interest in C Programming