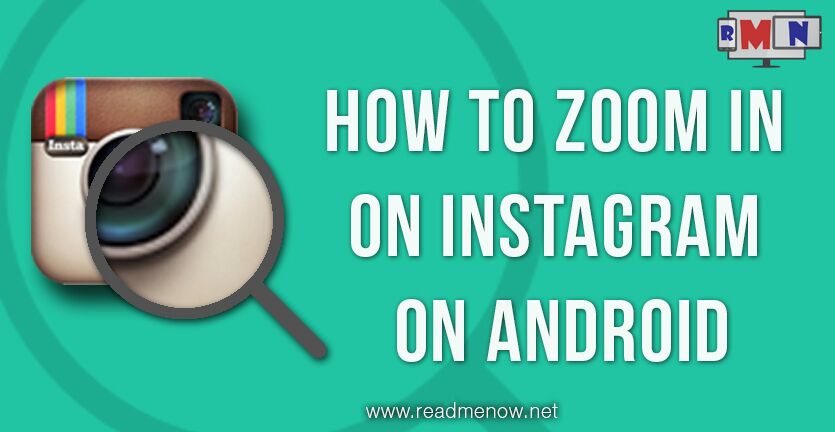 One of the most frustrating thing about Instagram is that you can’t zoom in images. Instagram focuses to provide a smooth experience to users. So it doesn’t include the zoom in feature. However android has an in-built  feature to zoom in. One can do a little tweaking on android to use this feature. This android feature helps to zoom in on Instagram.

There are two ways to zoom in on Instagram:

Method 1: This method requires a bit of practice to use is flawlessly. So first go to settings. Then go to Accessibility. Under Accessibility, go to magnification gestures and toggle it on.

Once this feature is turned on, you can zoom in and out by triple tapping the screen.

While you are zoomed in, you can adjust the zoom level. You can do it by pinching two fingers apart.

Also you can pan and move the zoomed area anywhere on the screen.

One more thing, you can temporarily magnify whatever is under your finger by triple tapping the screen and holding it. In this magnified state, you can drag your finger to move anywhere on the screen.

(iPhone has a a similar feature but instead on triple-tapping, you need to double tap with three fingers to zoom in on Instagram.)

Method 2: This is the old school method. Take a screenshot of any picture on Instagram which you want to zoom. Then open the gallery app and zoom in that screenshot normally. This method also works but the former method is better by my point of view. In latter method, you may get a screenshot which you’ll need to delete later unless you want to keep it.

And you’re all set now! You’ll now be able to zoom in on Instagram photos, although of course the quality will not be the best, but you’ll at least be able to take a closer and better look.