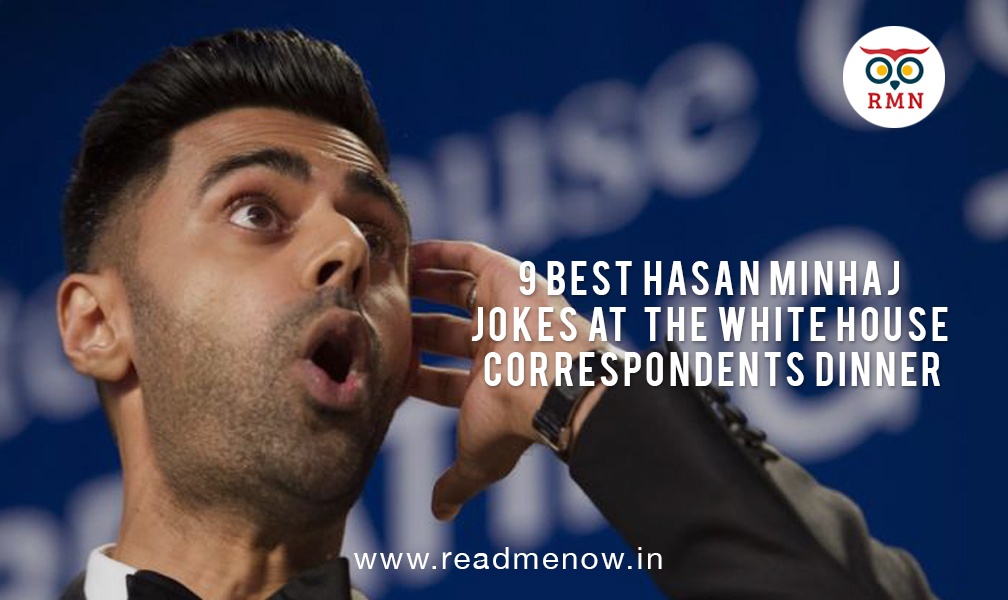 Hasan Minhaj, an Indian-American comedian who is currently a senior correspondent on the Daily Show was chosen to perform at the White House Correspondents Dinner. Hasan roasted the president Donald Trump even after being explicitly told not to go after the administration. Hasan’s jokes on Trump and the media are hilarious.

“Who would’ve thought… with everything going on in the country right now, a Muslim would be standing on this stage right now.”

The Game of Thrones Reference

“…Even though all of the Hollywood pulled out, now that the King Joffrey is the president, it feels like the red wedding in here. For the record, the WHCA is a group of journalists who cover the White House, they are not King Joffrey’s goons…”

The Absent Elephant in the Room

“Okay! Listen! We gotta address the elephant that’s not in the room. The leader of our country is not here and that’s because he lives in Moscow. It’s a very long flight and Vlad can’t just make it on a Saturday. As for the other guy, I think he’s in Pennsylvania because he can’t take a joke.”

“The longer you keep him distracted, we are not at war with North Korea. Every time Trump goes golfing, the headline should read, ‘Trump golfing. Apocalypse delayed. Take the W’.'”

He tweets at 3 am, sober. Who is tweeting at 3am, sober? Donald Trump, because it’s 10 am in Russia. Those are business hours.”

“The news coming out of White House is so stressful, I’ve been watching House of Cards just to relax.”

“Mike Pence wanted to be here tonight but his wife wouldn’t let him because apparently one of you ladies is ovulating.”

Last but not the least, my favorite entertainment channel is in the building tonight, CNN is here baby. I am not gonna call you fake news but everything is not breaking news.

On winning back trust by Media – “…You can’t make any mistakes. When one of you messes up, he blames your entire group. And now you know what it feels like to be a minority…”